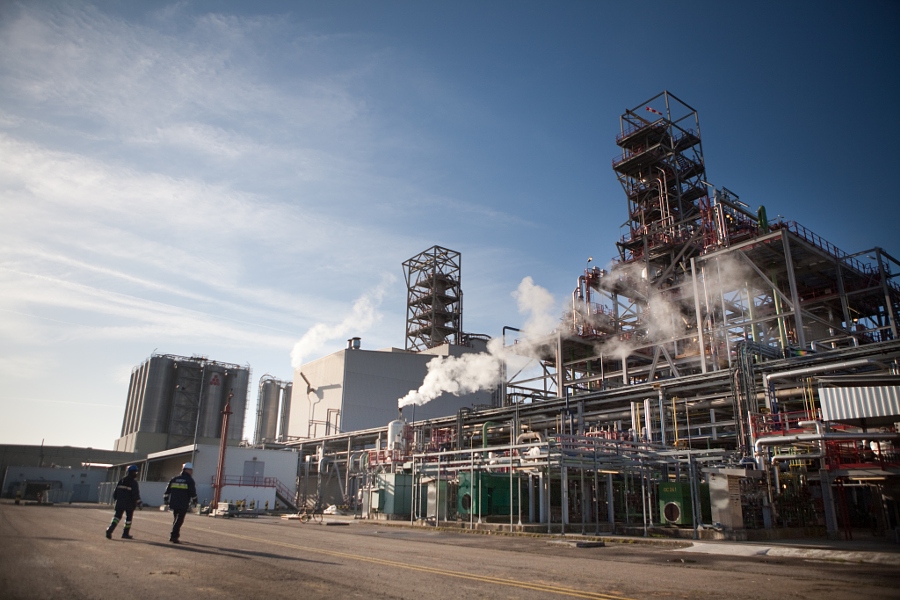 INEOS Köln is one of the largest petrochemical sites worldwide. Established as a joint venture in 1957 (as “EC Erdölchemie GmbH”), the company was acquired by BP in 2001. Today, it’s part of the INEOS group. It employs 1,900 people and is a key raw materials supplier to the chemical industry.

INEOS was using a production simulation tool to inform production planners of possible constraint violations such as tank overflows, feedstock or product shortages, and the necessary turnarounds of production units. Driven by technology changes and changing business requirements, INEOS Köln started looking for a new toolset to meet their needs and support future developments. Their challenge was two-fold. First, they had to capture a highly complex integrated production process, involving 160 raw materials and end products and over 25 production units. Second, they had to compute day-to-day production and stock levels and transport needs, for the coming years, in a reasonable amount of time.

INEOS conducted a study in AIMMS to model their plant’s production process. The study resulted in a new application that was ready to use within a few months. The app was enhanced to allow for repetitive, time-based modeling. It retrieves the latest inputs from a central database and forwards model results to users for immediate action. This capability is enhanced with Insight (an Intranet Reporting tool), and several SAP connections. The combined toolset allows for a complete and transparent overview of past, actual, and future production rates and stock. As a result, anyone in the company can access all the information related to production at INEOS Köln. An additional app for steam cracking optimization was developed in AIMMS. The application allows INEOS to maximize material flow through steam cracking furnaces and make optimal decisions while considering several input factors.

After implementing the AIMMS-based production planning system, INEOS Köln has become one of the most effective petrochemical sites on the planet. Bottlenecks are foreseen at an early stage, allowing INEOS to take appropriate preventive actions and avoid or minimize losses in utilization.