An interview with Norm Jerome: BP I recently had the pleasure of speaking with Norm Jerome, a longtime AIMMS customer. It was great to learn about how AIMMS is used in the BP Petrochemical businesses and how it has been adopted by more and more end-users across the business. Here is a summary of that interview.

Hi Norm, Tell me a little about your background.

My formal training was in Chemical Engineering with emphasis on Process Control, and for the first 10 years of my career I worked as a Process Control Engineer, initially at Eastman Kodak, and then at Amoco.  In the mid-90’s I moved over to Amoco Oil’s planning & scheduling department, and started working on refinery LP’s and scheduling systems. It was in that role that I first started working with AIMMS.  At the end of the 90’s Amoco was acquired by BP, and around the same time I transferred over to what was now BP-Amoco’s Aromatics department within Petrochemicals, where I have been ever since.

How long have you been using AIMMS?

Around 2004 we started a project to migrate an existing tool for planning for the BP Petrochemical Aromatics business over to AIMMS.  This was our first big project with AIMMS in Petrochemicals.  Though, as I mentioned, I had also used AIMMS for certain refinery problems several years before.

How was AIMMS selected at BP Petrochemicals?

When we decided to move off the system that we had, we looked at a variety of replacement alternatives including GAMS, SAP APO, OPL and a few others. They all had their pros and cons but at the time of our assessment we decided that AIMMS had a good combination of:

Those last two were the main factors for our decision to go with AIMMS at the time.

What do you think about the new advances in AIMMS?

AIMMS PRO has turned out to be extremely useful for us. Prior to PRO, our scheduling and planning tools that we built were used by multiple people who were running individual copies of AIMMS installed on their desktops and accessing the models either locally or over a shared network folder. This made version control difficult as the number of users grew. The challenge increased after usage of models spread to additional locations.

When I first learned about PRO I thought it would be really useful for us so we got one of the first copies. Now users don’t need local copies of AIMMS or our models anymore.  Instead they go to the AIMMS-PRO website to access their models. The AIMMS-Pro server silently ensures that every user’s machine is always updated with the latest versions of everything, yet the GUI still runs locally for each user – meaning that the GUI is far faster than a pure web-based system.   And, as the developer, I only have to go one place (the AIMMS-Pro server) to make an update, and every user is then automatically synchronized with the update.  That has allowed usage to spread much faster and much further than it would have ever spread any other way. This has been a big time saver and ensures we are all on the same page.  We started with 5 users in one location but now we probably have close to 100 people using it in eight locations.  Many of those people are casual users who are entering data or reviewing and implementing the current schedule.  But there are about 10-15 core users who exploit more of the full power of AIMMS.

You had mentioned that there are about 100 people using the AIMMS app in the background, have you seen any other concrete business benefits from using AIMMS?

There are many opportunities in this area. We are a collection of businesses with significant autonomy.  Each business has great latitude to pick whatever planning and scheduling tools they prefer and it’s not unusual to find a business that runs mainly on spreadsheets.

1. Transparency and Visibility – Using a collection of spreadsheets (each owned by different people or teams) tends to be rather manual and disconnected so typically it’s quite difficult to figure out the true state of business on any given day because you have to look in so many different places. Replacing those spreadsheets with a central tool allows people to learn a huge amount about what is going on that they never knew.  Centralizing this data and providing wide access has been one of the biggest benefits of the system we have built in AIMMS.  And building this system in AIMMS was easier than in any other environment we have.  Then, once you have good quality data regularly flowing in, you can build up a history.  This then provides a basis from which you can actually start doing modeling and optimization.

2. Scheduling and Optimization – Having better information enables a second level of benefit – optimization.   Take scheduling for example.  One of our businesses delivers the bulk of its products via rail and manages a dedicated rail fleet of over 1000 cars.  The rail fleet is often the source of binding constraints, as you must have sufficient cars on hand to meet your shipping schedule, yet car transit and holding times are constantly changing and stochastic in nature, making it difficult to forecast whether cars will be available when and where you need them.  When the rail team was using their own spreadsheets for fleet management, it was difficult to integrate their projections with the production & shipping schedules. Now, with rail fleet management integrated into our system, we are able to pull in a daily feed of car position data from the rail roads, and then run a model to determine the optimal fleet schedule and generate a forecast of likely upcoming pinch points, and recommend corrective actions.  And once a tool like this exists, it can be used for other things, such as recommending changes in fleet size and quantifying their benefits.

Another scheduling example comes from a fleet of barges we operate to move liquids.  This fleet used to be manually scheduled using spreadsheets. Even finding a feasible schedule could be a challenge.  Once our AIMMS scheduling system was in place, and had access to accurate data, we were able to get AIMMS to machine-generate optimal barge schedules.  These ideal schedules have given us a target to aim for, and have helped the marine team reduce our average annual fleet size by several vessels.  And to keep a vessel in the fleet costs upwards of $3M/year, so there is strong incentive.  None of that was possible with a collection of disjointed spreadsheets.

In the case of planning, our previous system was not spreadsheet based, and actually solved a rigorous 18 month planning problem MIP just fine.  However, it was very rigid and difficult to modify to accommodate changing circumstances or changes to our system, limiting its usefulness outside of a narrow context.  After we converted it over to AIMMS, we gained a lot of flexibility, and now use the AIMMS based tool routinely for additional things such as analysis of project economics for proposed capital projects where we run it out multiple years and can consider a broader range of scenarios.  AIMMS has good scenario handling which has made this very convenient.

3. Agility and Business Continuity – The fact that you can do things yourself and do them quickly is important. For example a while ago one of our major suppliers had an unexpected outage at their plant. They were a major provider of an important feed stock for us at several of our manufacturing locations but we were not getting the supply that we needed – instead only being rationed a few shipments a week.   So over a weekend I modified the objective function and constraints in one of our short term scheduling tools to figure out the highest value place to send each shipment as it was made available to us. This saw us through the outage – which thankfully only lasted a few weeks — and helped us avoid having to short our own customers.  In a dynamic environment, it’s a big advantage to be able to do these things ourselves and with AIMMS I can do that rapidly. If we had been forced to go outside for these changes, by the time they were completed – the opportunity would have passed.

You mentioned that you now use AIMMS for capital planning, fleet planning, production planning and scheduling. What Are Your Plans for the Future?

I guess what we keep pushing towards is better integration between the different levels of planning and scheduling.  At the lowest or finest level of detail is daily operations scheduling.  For some of our marine operations it’s even down to the hour and minute.  At the highest level we are looking at timing of quarters to years when you look at the life of a capital project, and in the middle falls medium term planning for the next, say 6 to 12 months, by month.

I would like to see closer integration between the daily operations scheduling and the mid-term planning.  Right now for us that connection is fairly one-way, with transfer of the 6-12 month plan down to the scheduling system – but with only manual recycle of scheduling constraints back up to the planning process. That’s on my wish list of things to do. In the shorter term I’m focusing more on the marine optimization problem and currently working on implementation of a new technique using constraint programming. Costly mismatch between supply and demand? Take our quiz for chemical companies and find ways to improve 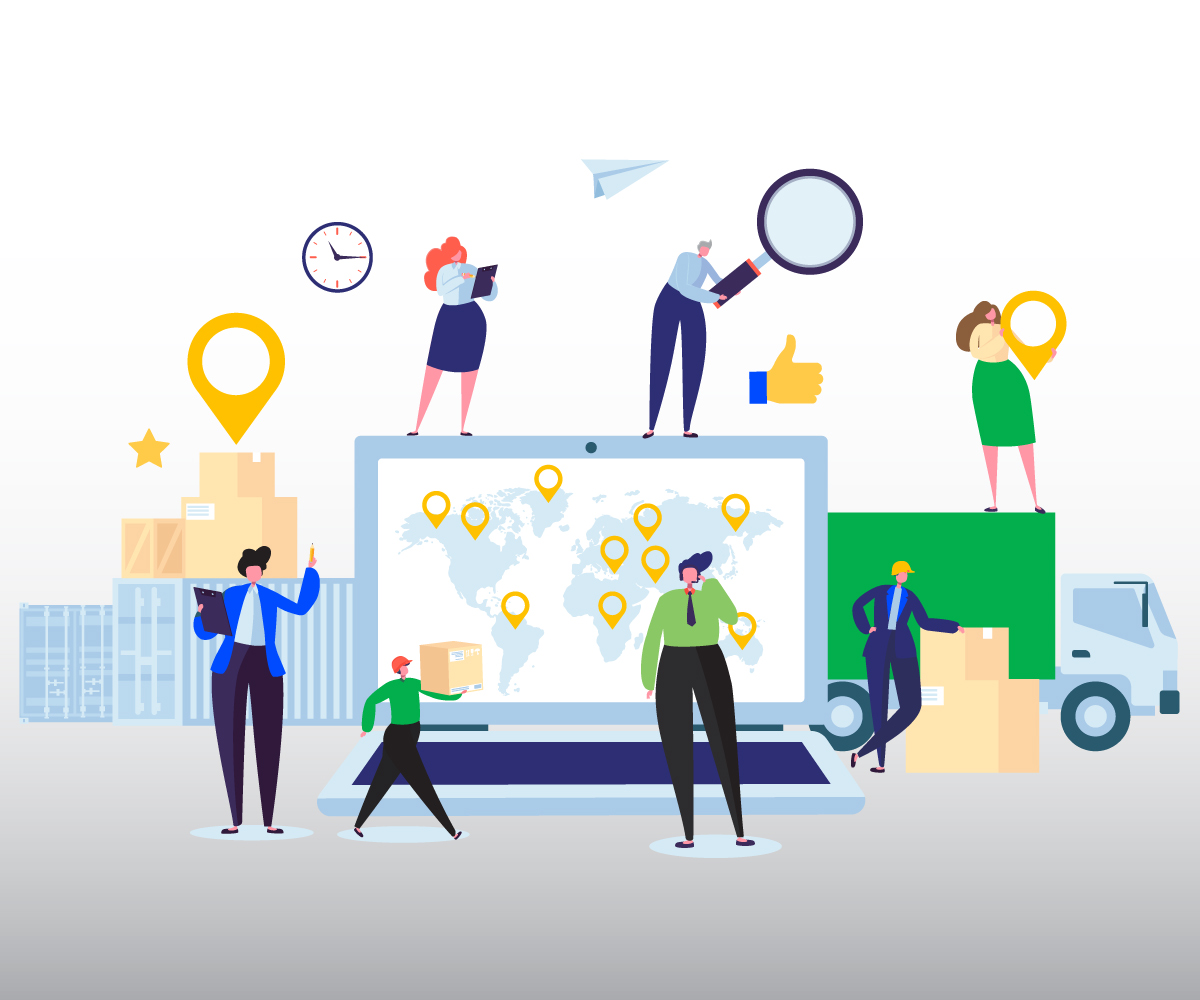